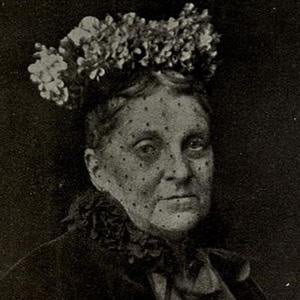 Miserly millionaire who was known as The Witch of Wall Street. She was noted for her frugality during the Gilded Age.

She was the family bookkeeper before she left for school in Boston. She took her Aunt Sylvia to court to challenge how her aunt was spending her portion of her father's inheritance. Robinson v. Mandell was one of the first cases to feature the forensic use of mathematics.

Her miserliness was legendary: she apparently refused to use heat or hot water; she had one black dress and only switched undergarments when one pair was worn out; and she primarily ate 15-cent pies.

She married Edward Henry Green after a prenuptial agreement in July 1867. When adjusted for inflation, her father left her $108.6 million in 1864.

She was needed by the City of New York during the Panic of 1907, even with President Theodore Roosevelt's efforts to keep the nation afloat.

Hetty Green Is A Member Of