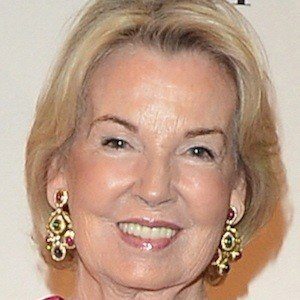 Irish-Canadian politician who served as the 26th Lieutenant Governor of Ontario from 1997 to 2002. She is a renowned philanthropist who has helped raise over $250 million for charitable organizations in Canada and abroad.

She established the Ireland Fund of Canada in 1979 in order to promote peace between the regions.

Among her many awards, she received the 2002 Golden Jubilee Medal in honor of Queen Elizabeth II.

Hilary Weston Is A Member Of