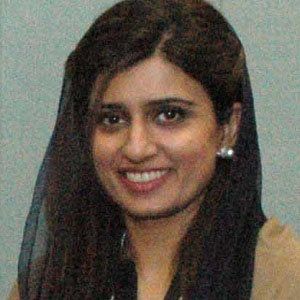 Notable as Pakistan's Minister of Foreign Affairs, this member of the Pakistan Peoples Party previously served as Minister of State for Finance and Economics Affairs.

She played a key role in raising funds for the Abdus Salam Institute of Physics.

She rose to political prominence under the administration of Pakistani Prime Minister Shaukat Aziz.

Hina Rabbani Khar Is A Member Of