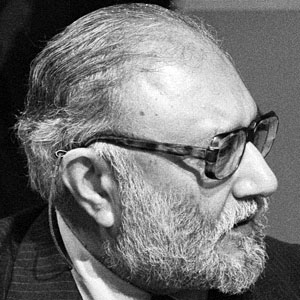 Known for his work in the physics sub-field of electroweak unification, this Pakistani scientist was a 1979 recipient of the Nobel Prize in Physics.

After earning undergraduate degrees in mathematics and physics from Government College University, Lahore and St. John's College, Cambridge, he received a doctorate in theoretical physics from Cambridge's Cavendish Laboratory.

During the 1960s and 1970s, he served the Pakistani government as an advisor on scientific matters.

His first marriage resulted in four children, and his second marriage -- to biophysics professor Louise Johnson -- produced another daughter and son.

While a graduate student, he solved one of the theoretical physics problems that had stumped the Nobel Prize-winning American physicist Richard Feynman.

Abdus Salam Is A Member Of