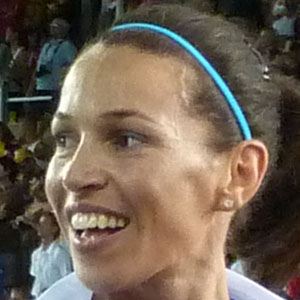 She made her international debut at the African Junior Championships in 1994.

She was banned from the sport for two years after testing positive for performance-enhancing drugs in 2007.

She and Russian runner Tatyana Kazankina are both Continental Cup women's champions in the 1,500 meters.

Hind Dehiba Is A Member Of