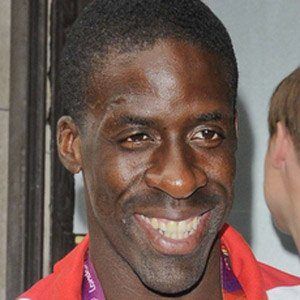 Sprinter who primarily runs the 100 meter event, and made his Olympic debut in 2000.

He won two gold medals at the 1995 European Junior Championships.

He missed the 2008 Olympics because he was banned for taking an illegal substance.

He has two kids with Leonie Daley.

In 2002 he was the Men's European Athlete of the Year, preceding Christian Olsson.

Dwain Chambers Is A Member Of