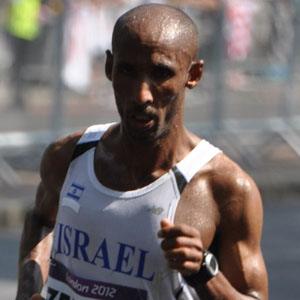 Israeli marathon runner who competed for Israel at the 2012 Summer Olympics, but did not medal.

His first competition of note was at the 2010 European Athletics Championships in Barcelona, Spain, where he placed 38th at 2:36:58.

He placed 81st at the 2012 London Olympics marathon competition, mainly because of exhaustion that led to him being wheelchaired off the track.

He was of Israeli nationality, but his family was residing in Ethiopia when he was born.

His country fared poorly at the 2012 London Olympics, where Jamaican Usain Bolt established himself as an international running superstar.

Zohar Zemiro Is A Member Of