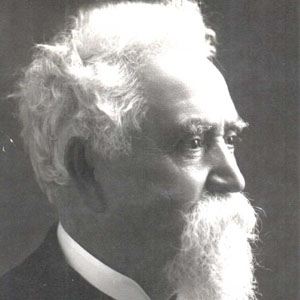 Inventor of the rapid-firing machine gun that revolutionized warfare.

He worked at an engineering plant in Fitchburg, Massachusetts, making small inventions on the side.

He invented the machine gun after a man at a Paris exhibition said, "If you wanted to make a lot of money, invent something that will enable these Europeans to cut each other's throats with greater facility." That was all the inspiration he needed.

He married Jane Budden in 1867. One of their sons, Stevens Maxim, was an American radio pioneer.

He and Samuel Colt both contributed iconic firearms to history.

Hiram Maxim Is A Member Of