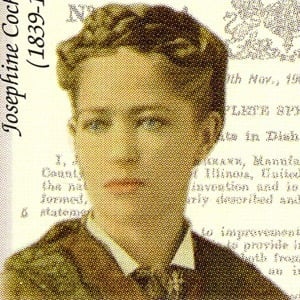 American inventor of the washing machine. She introduced her invention to the world at the 1893 Chicago World's Fair.

She was a wealthy woman who disliked doing the dishes.

She started the Garis-Cochran Manufacturing Company, which later became part of Whirlpool.

She married William Cochran in 1858; they had daughters named Hallie and Katharine together.

She and Alexander Graham Bell were both inducted into the National Inventors Hall of Fame.

Josephine Cochrane Is A Member Of