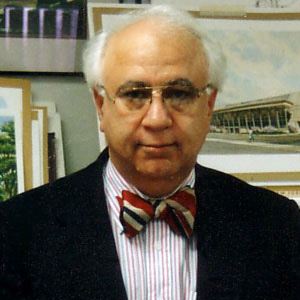 Urban planner and principal architect of the Baghdad Renaissance Plan, the Afghan National Museum, the Tahrir Square Development, the Sindbad Hotel Complex and Conference Center, and the City of Light Development; he was key to the reconstruction of Kabul.

He was responsible for the restoration and renovation work on many municipal buildings in New England.

He split his time between Boston and New York.

He was born in Baghdad, the country where in 1979 Saddam Hussein came to power.

Hisham N. Ashkouri Is A Member Of