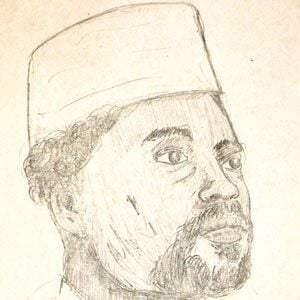 Politician who was the Leader of Chad from 1982 until he was deposed in 1990. He was a ruthless tyrant who committed acts of genocide against Sara, Hadjerai and the Zaghawa people.

He was part of the French colonial administration, and graduated with a degree in political science from the Institute of Overseas Higher Studies located in Paris.

He was unliked by many Human Rights groups who call him "Africa's Pinochet," and have placed the blame on him for the killings of many people.

He was born into a shepherd family in Chad, when it was a French colony.

He is a known leader of his country like Soviet dictator, Joseph Stalin, who was responsible for an astronomical number of deaths.

Hissene Habre Is A Member Of