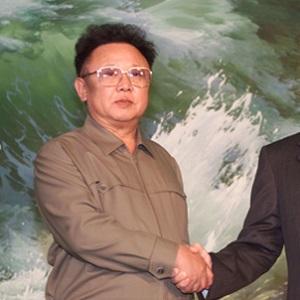 Supreme leader of North Korea from 1994 to 2011 who was the center of an elaborate cult of personality that was established by his father. He led one of the world's most repressive and tyrannical regimes and the number of people who have died or been jailed due to his policies is still unknown.

He became active in the Children's Union and the Democratic Youth League while still in school.

He was largely referred as The Dear Leader during his time in power. The North Korean constitution was changed in 2009 to officially designate him as supreme leader.

Upon his death, he was succeeded as supreme leader by his son Kim Jong-un.

George W. Bush called his country part of the "Axis of Evil" and feared his nuclear capabilities.

Kim Jong-il Is A Member Of