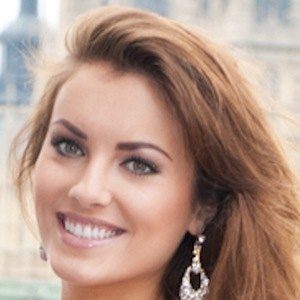 Ireland representative for the Miss World 2011 pageant who earned the honor after being crowned Miss Ireland 2011. She also competed on the ninth cycle of Britain & Ireland's Next Top Model, finishing in 7th place.

Her career as a model took off after the 2011 Miss Ireland pageant which she was entered into by a friend.

In 2015, she began writing a Sunday column for the Irish Sun about topical issues.

Emma Waldron preceded her in taking home the title of Miss Ireland.

Holly Carpenter Is A Member Of