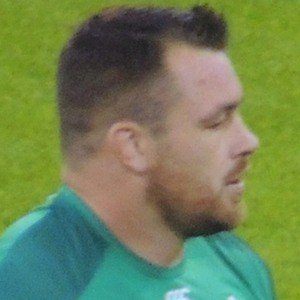 Rugby prop who joined Leinster in 2007 and Ireland's national team in 2009.

He played rugby at Belvedere College SJ, in Dublin, and played on Ireland A side in 2008 and 2009.

In 2013 he was thrown out of a Six Nation tournament game for stamping on England's Dan Cole's ankle; he received a three-week suspension, missing the last two games of the tour.

He was born in Clontarf, Dublin, Ireland. He dated Miss Ireland 2011 Holly Carpenter.

Cian Healy Is A Member Of