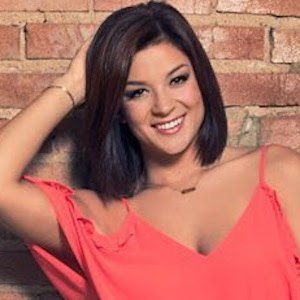 Professional dancer and choreographer who is best known for her work as a Dallas Cowboys cheerleader. In 2015 she competed on FOX TV's So You Think You Can Dance and became a Top 50 finalist.

She began taking dance classes at the age of three and grew up in competitive dance.

She represented the United States in an international dance event in Brisbane, Australia at the age of 11.

She has performed for artists such as Aretha Franklin, Luke Bryan, and Eric Church, among others.

Holly Marie Powell Is A Member Of