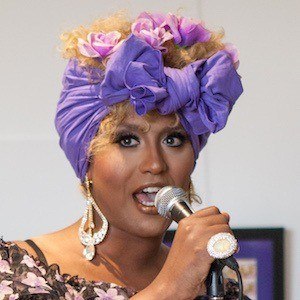 Alpha Mulugeta, better known by the stage name Honey Mahogany, is a drag performer and singer who first rose to fame competing on the fifth season of RuPaul's Drag Race. He would then go on to release his debut EP Honey Love in 2014.

Before reaching reality fame, he earned a degree in Psychology from University of Southern California and completed a master's degree in social work. He would then begin working as a social worker in Contra Costa County.

On the fifth season of Drag Race, he competed against winner Jinkx Monsoon.

Honey Mahogany Is A Member Of