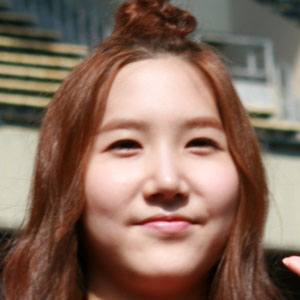 South Korean singer best known as a former member of the girl group A Pink. She voluntarily left the group in 2013.

She was a cheerleader during her two-year stay in the United States as a child.

She won the New Artist of the Year award at the Gaon Chart Awards as a member of A Pink in 2012.

She is former bandmates with A Pink lead vocalist Jung Eun-ji.

Hong Yoo-kyung Is A Member Of