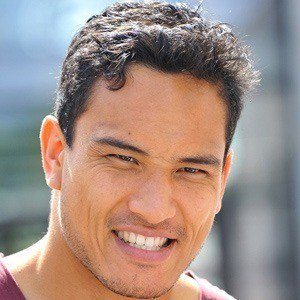 He began his Super Rugby career playing for the Hurricanes in 2004.

He set the record for most tries in a provincial season when he had fourteen in the 2008 Air New Zealand Cup.

His older brother began his professional rugby career in 1999.

He and Chris Smylie both played for the Highlanders in Super Rugby.

Hosea Gear Is A Member Of