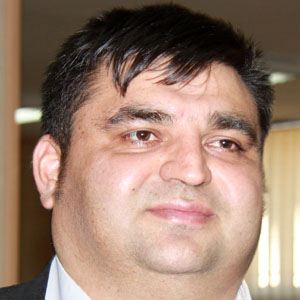 Iranian former weightlifter who has come to be known as one of the greatest athletes in the history of the sport. Among his many achievements are two Olympic gold medals and four World Weightlifting championships.

He was born in Ardabil, Iran and made a name for himself by winning a bronze medal at the 1998 Olympic Games.

He became the first athlete from Iran to win multiple Olympic gold medals in any sport.

He has a son named Abulfazl Reza Zadeh.

He and North Korea's Om Yun-chol are both Olympic weightlifting champions.

Hossein Rezazadeh Is A Member Of