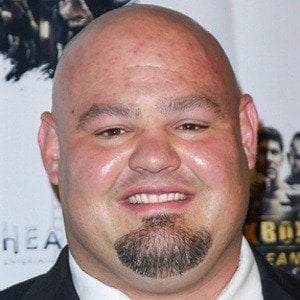 American strongman who was crowned the winner of the annual World's Strongest Man contest in 2011, 2013, 2015 and 2016. He has held numerous world strength records, including the 825-pound squat and the 880-pound deadlift.

He was a basketball player at Fort Lupton High School in Fort Lupton, Colorado. He later attended Black Hills State University on a full basketball scholarship.

He has the distinction of being the first person ever to win both the Arnold Strongman Classic and the World's Strongest Man competition in the same year, doing so in 2011 and 2015.

His parents are Jay and Bonnie Lifter.

He and Žydrūnas Savickas are both multiple-time World's Strongest Man winners.

Brian Shaw Is A Member Of