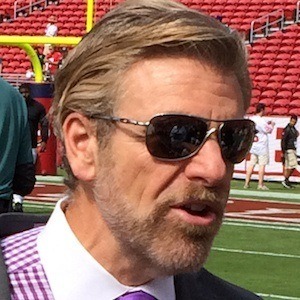 The sports programming director for the Philadelphia Fox affiliate WTXF-TV, he also contributed to athletics-themed programs on another Philadelphia station, WIP-FM 94.1.

After graduating from Philadelphia's Northeast High School, he worked as a sound engineer for his home city's WFIL-AM radio station.

He provided sports commentary on the ESPN show First Take and was also a host of a national radio program called Let's Talk Sports.

He grew up in a Jewish family in Philadelphia, Pennsylvania.

Always a controversial figure, Eskin interviewed a Philadelphia Mafia leader during a scandal in which it was suggested that hockey player Eric Lindros had sold seats at his games to members of the Mob.

Howard Eskin Is A Member Of