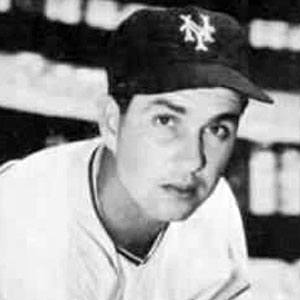 He served in World War II, fought in the Battle of the Bulge and earned a Purple Heart.

He was once released from a team because the catchers could not handle his knuckleball.

He had three children with his wife Peggy.

On January 14, 1963, he was traded to the Chicago White Sox in a a package deal that sent Luis Aparicio to the Baltimore Orioles.

Hoyt Wilhelm Is A Member Of