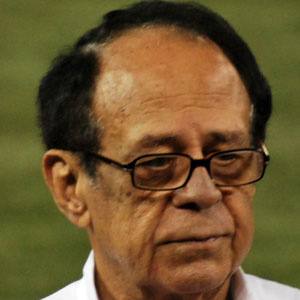 13-time MLB All-Star shortstop who was inducted into the Baseball Hall of Fame in 1984.

He played professional baseball with his father in Venezuela.

He led the major leagues in stolen bases 9 times throughout his career.

He married Sonia Llorente in 1956, and they had five children together.

He and Rickey Henderson were two of the greatest base stealers of all time.

Luis Aparicio Is A Member Of