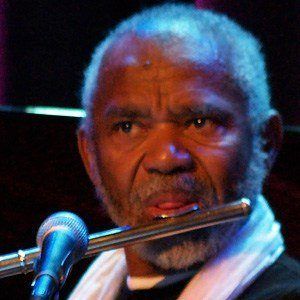 One of the most recognized and respected flautists with a career spanning over forty years in jazz, classical, and other music genres. He was the recipient of the NEA Jazz Masters Award in 2011.

He began playing the flute in high school and won a scholarship to New York's Julliard School of Music in 1960.

He received a lifetime achievement award from the National Endowment for the Arts in the field of jazz in 2010.

His wife is the sister of Cheryl Cooley of the group Klymaxx.

He is a contemporary of flautist Herbie Mann.

Hubert Laws Is A Member Of