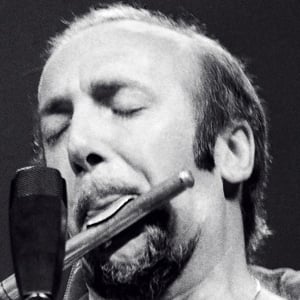 Jazz flautist and composer who was an early pioneer of the fusion of jazz and world music. More than twenty of his albums made the Billboard Top 200 charts.

He started playing the flute professionally at age fifteen and fused jazz with music from around the world.

His big hit single was "Hijack", which was a Billboard #1 dance hit for three weeks in 1975

He is a famous jazz musician like Louis Armstrong.

Herbie Mann Is A Member Of