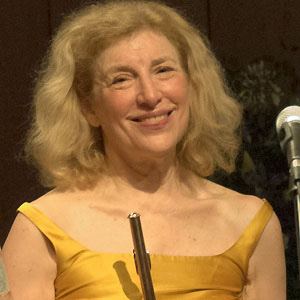 As a solo flautist, Robison is considered one of the most influential musicians in her field. She was the recipient of the Classical Recording Foundation Award in 2006.

She studied the flute at the University of Southern California and graduated from the Julliard School with a BS in 1963.

Her parents, who were in the entertainment industry, were put on the Hollywood blacklist during the McCarthy Era.

She married Scott Nickrenz in 1971 and they had a daughter named Elizabeth together.

She played with Rudolf Serkin at the Marlboro Festival.

Paula Robison Is A Member Of