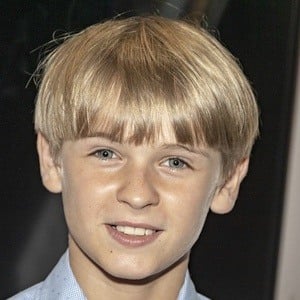 Film and television star who first became known for his portrayal of Travis Clark in American Crime Story: The People vs. OJ Simpson. He would go on to play Jake Spencer in the long-running soap opera General Hospital.

Some of his earliest acting credits were guest spots in 2014 episodes of The Eric Andre Show and Nicky, Ricky, Dicky & Dawn.

In 2015, he made his feature film debut opposite Kevin James in Paul Blart: Mall Cop 2.

The son of Scott West, he has an older brother named Maddox.

In American Crime Story, he played the son of Marcia Clark, Sarah Paulson's character in the fictionalized show.

Hudson West Is A Member Of