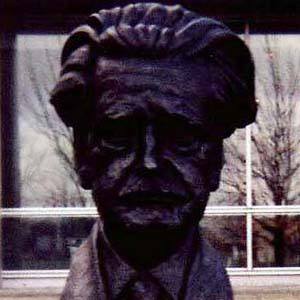 Modernist poet associated with the Scottish Renaissance and known for a long poem entitled "A Drunk Man Looks at the Thistle." He published his debut work, Annals of the Five Senses, in 1923.

He served in World War I as a member of the Royal Army Medical Corps.

He belonged to the Communist Party of Great Britain and also helped to found the National Party of Scotland.

He married after World War I and earned a living as a journalist.

He was the literary mentor and friend of author Alan Bold.

Hugh MacDiarmid Is A Member Of