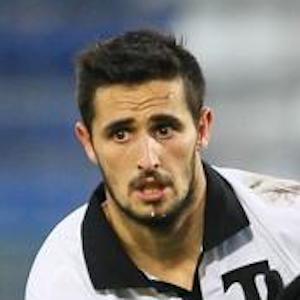 Forward who first gained significant attention while playing for the Portuguese club Gil Vicente FC, with whom he won the 2010-11 Segunda Liga championship. He went on to win the Serbian SuperLiga Player of the Season Award with Red Star Belgrade.

He was the top goalscorer of the 2010-11 Taça da Liga tournament.

His brother Fabio is also a soccer player.

He has played alongside centre back Yuji Nakazawa on the Japanese squad Yokohama F. Marinos.

Hugo Vieira Is A Member Of