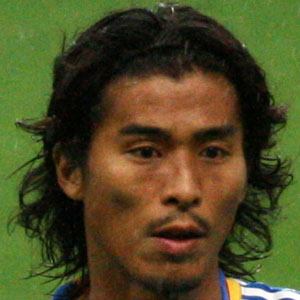 Japanese soccer player nicknamed "Bomber" who is best known as a longtime captain of Yokohama F. Marinos, with whom he won J-League titles in 2003 and 2004. He was named to the J-League Team of the Year six times from 1999 to 2013.

He made his professional debut for America Futebol Clube in 1996.

In 2010, he became just the third footballer to earn 100 or more caps for Japan.

He is a native of Yoshikawa, Saitama, Japan.

He played with Shunsuke Nakamura on the Japanese national team at the 2010 FIFA World Cup.

Yuji Nakazawa Is A Member Of