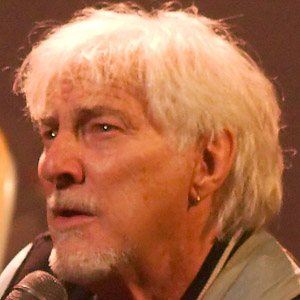 Remembered for his fourth-place finish in the Eurovision Song Contest of 1964, this French vocalist became famous for such French and Spanish-language songs as "Celine" and "Barco de Papel."

He was born in a suburb of Paris, France, to Henry Auffray and musician Amyelle de Caubios d'Andiran.

Though French by birth, he competed for Luxembourg in the Eurovision Song Contest.

His sister, Pascale Audret, and her daughter, Julie Dreyfus, both had successful careers as actresses. His cousin, François Mauriac, was a Nobel Prize-winning author.

Hugues Aufray Is A Member Of