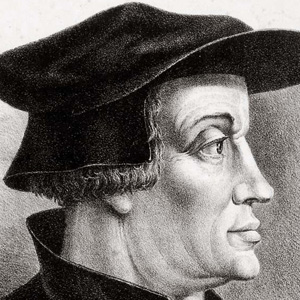 Swiss cleric, author, and leader in the Swiss Reformation, which led to significant changes in civil life and state matters in Zürich in the 1520's.

He was killed in a battle against his Catholic rivals when he was forty-seven years old.

He was one of nine children born into a family of Swiss farmers.

He met with Martin Luther and discussed religious doctrine.

Huldrych Zwingli Is A Member Of