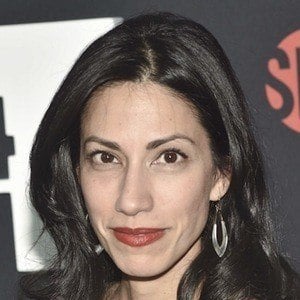 Received widespread fame for her husband Anthony Weiner's revealing text messages and sexual exploits. She has also worked closely with Hillary Clinton, serving as vice chair during her 2016 run for presidency.

She graduated from George Washington University and while she was there, she interned at the White House while Bill Clinton was serving as president.

She previously served as deputy chief of staff to Hillary Clinton from 2009 until 2013.

She and Weiner share a son named Jordan Zain. In May 2017, they announced they were divorcing after Weiner pleaded guilty for sexting with a minor.

Huma Abedin Is A Member Of