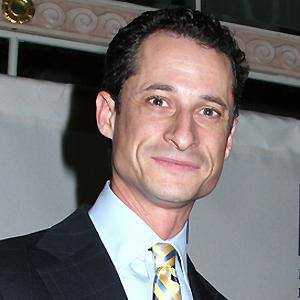 Democrat from New York who resigned in disgrace from the U.S. House of Representatives in 2011 after it came to light that he had tweeted photos of his crotch to female supporters of his. He had a failed bid for Mayor in 2013.

He was elected to his first office as a Member of the New York City Council in 1992.

Despite the fact that he had been friends with Jon Stewart since they were in their 20s, the talk show host mercilessly tore into him after his scandal came to light.

He married Huma Abedin in July 2010 and the couple has a son named Jordan.

His marriage was officiated by former U.S. President Bill Clinton.

Anthony Weiner Is A Member Of