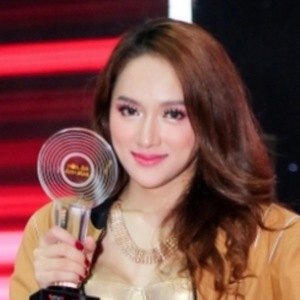 Vietnamese pop singer who's best known as the first transsexual singer to participate in the fourth season of Vietnam Idol. She released her debut album Mercury in October 2013.

She had a tough childhood and used to struggle with dressing and talking like a girl as the society did not accept her.

She was the first transsexual to represent Vietnam at Miss International Queen in 2018.

She was a contestant on The Amazing Race Vietnam with her boyfriend Criss Lai in 2014.

Both she and Phuong Vy gained fame through participating in Vietnam Idol.

Huong Giang Is A Member Of