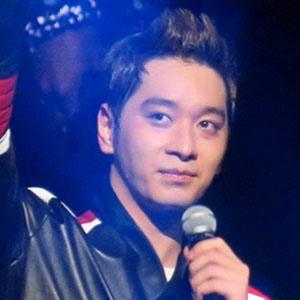 South Korean singer famous for being the youngest member of the boy band 2PM. He is also an actor known for roles like Jack on the Japanese television series Kaito Royale.

He attended Korean Art High School and Howon University. He joined 2PM in 2008.

His cat Jeonggam has become famous in its own right, appearing on numerous social media posts as well as 2PM's YouTube channel.

He was born in Seoul, South Korea. He has an older brother.

He and Nichkhun are both members of 2PM.

Hwang Chansung Is A Member Of