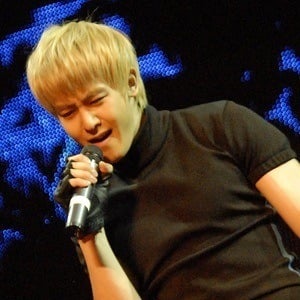 Born Nichkhun Buck Horvejkul and better known by his stage name Nichkhun, this American-born Thai vocalist, rapper, and model became famous as a member of the popular South Korean pop group 2PM. Also an actor, he starred in a Chinese television movie titled One and a Half Summer and appeared on the popular Korean television series We Got Married.

Before being signed to South Korea's JYP Entertainment talent agency, he coached badminton at a high school in Rosemead, California. He made his boy band debut with 2PM in September of 2008.

He was raised in the United States, Thailand, and New Zealand by parents of Thai and Chinese heritage. He grew up with a brother named Nichan and sisters named Nachjaree and Nichthima. He dated Girls' Generation singer Tiffany from 2014 to 2015.

Nichkhun Is A Member Of