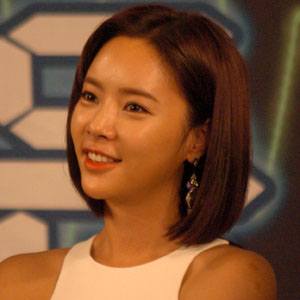 Broke through as an actress thanks to her role on High Kick Through the Roof.

She was in a pop music group called Sugar for a couple years before she chose to pursue a solo career.

In 2013, she appeared in Incarnation of Money and Secret Love.

She was dating Kim Yong-jun and they appeared on the reality show We Got Married together.

She was born in South Korea like C.S. Lee who appeared on Dexter during the show's entire run.

Hwang Jung-eum Is A Member Of