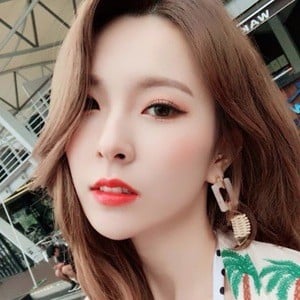 Vocalist best recognized as one of the founding members of the South Korean girl group Nine Muses. The group released the album Prima Donna in 2013. She is also a member of the band's subgroup Nine Muses A.

As a child she was a Taekwondo athlete. She was one of the nine original founding members of Nine Muses to debut in 2010.

Her real name is Pyo Hye-mi. She has a younger brother.

She is joined in Nine Muses by fellow vocalist Park Kyung-Ri.

Hyemi Is A Member Of