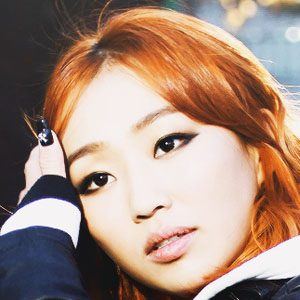 South Korean singer and actress best known as the leader of Sistar and Sistar19. She made her solo debut in 2013 with her album Love & Hate.

She auditioned for JYPE twice, winning first place at her second audition.

She appeared as herself on two episodes of Shinhwa Broadcast in 2013.

Her mother gave birth to her prematurely. She has a younger sister.

She performed a cover of the Christina Aguilera song Hurt during her audition for Starship Entertainment.

Hyolyn Is A Member Of