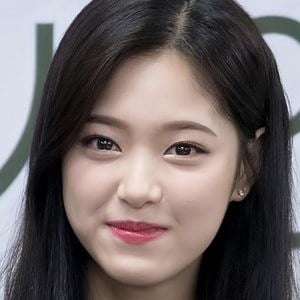 Professional vocalist who catapulted to fame as a member of the K-pop girl group Loona. Her band's hits such as "Butterfly," "Favorite" and "Love4eva" have helped them acquire more than 1 million subscribers on YouTube.

She was revealed as the second member of Loona in October 2016.

She was joined by Son Hye-joo and Jo Ha-Seul in Loona.

HyunJin Is A Member Of