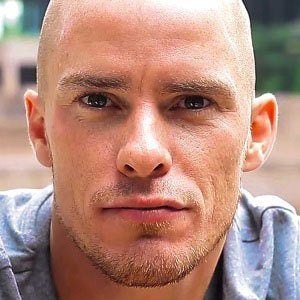 Canadian striker who won the League One title with the Doncaster Rovers in 2013. In 2014, he was named the Indian Super League Hero of the League with the Kerala Blasters.

He began playing for Tranmere Rovers at age sixteen.

He was Leicester City's top goal-scorer for three straight seasons.

He has daughters named Keira and Alyssa with his wife Christine.

He and Dwayne Derosario led the Canadian national team to the semi-finals of the CONCACAF Gold Cup in 2007.

Iain Hume Is A Member Of