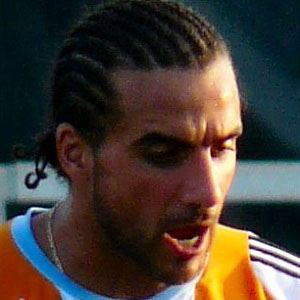 Canadian midfielder who won his 4th MLS Cup in 2007 with the Houston Dynamo. He was named MLS MVP in 2011 while playing for Toronto FC, becoming the first Canadian to win the award.

He began his MLS career with the San Jose Earthquakes in 2001.

He made his debut for the Canadian national team in 1998.

He had a daughter and two sons with his wife Brandy.

He won the MLS MVP award 2 years after Landon Donovan.

Dwayne De Rosario Is A Member Of