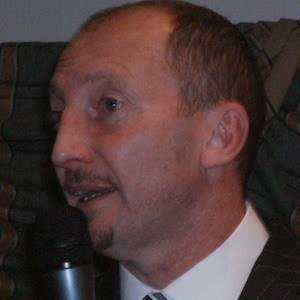 He began his career apprenticing with his hometown team, the Bristol Rovers, finally turning professional in 1981.

In June of 2004, he appeared on the BBC series Stress Test, which addressed his explosive fits of rage both on the field and affecting his personal life.

He grew up with his mother Jean in Cadbury Heath. His father, Bill, was an amateur soccer player, seaman, and factory worker. He met wife Kim when she was just 14. The pair have four children named William, Eve, Chloe, and Harriet.

He managed the Millwall Football club, presiding over players like David Forde and Carlos Edwards.

Ian Holloway Is A Member Of