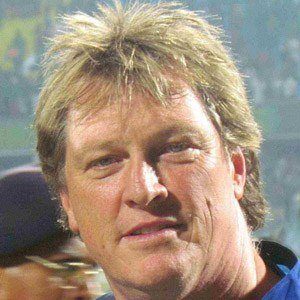 Former pace bowler known for his powerful throw; was a solid all-rounder, playing the majority of his career for Essex and Natal; went into coaching after retirement.

He was an aggressive batsman at Brentwood School.

He dabbled in baseball, attending Spring Training with the New York Yankees in 1986 and with the Philadelphia Phillies in 1987.

His brother Keith Pont was also a professional cricketer.

He had one of his best matches against Cambridge and English cricketer Michael Atherton in 1986.

Ian Pont Is A Member Of