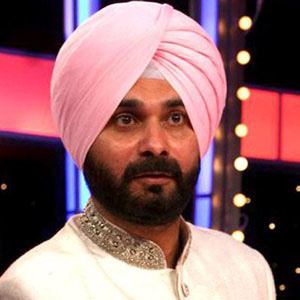 Played cricket from 1983 to 1999, given nicknames like "Sixer Sidhu" and "Jonty Singh" who later became an Indian Member of Parliament.

He was raised in Punjab and made his international debut against the West Indies in 1983.

He was forced to resign from Parliament after he was convicted of homicide in 2006 but was later cleared of all charges.

He married Navjot Kaur Sidhu and he has a son named Karan and a daughter named Rabia.

He and TV star Jade Goody have both appeared on the reality show Bigg Boss.

Navjot Singh Sidhu Is A Member Of