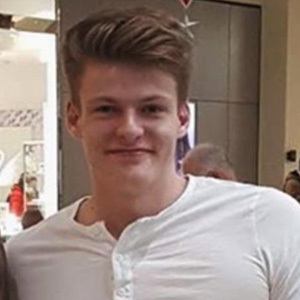 One of the featured members of the comedy YouTube channel Redneck Pudding which stars Gabe, AKA "Kid," in viral videos such as  "Kid showers for the first time in 17 years..." and "KID SHUTS OFF TV DURING SUPERBOWL TO PLAY FORTNITE AND FREAKS OUT WHEN HE LOSES!!!"

His collaborative channel was started in June of 2016. The first video was "KID GETS INSANELY MAD!!! FIGHTS HIS FRIENDS!!!"

He is the older brother of the star of Redneck Pudding, Gabe.

He helps run a channel featuring an irate main character like Michael Green of The Angry Grandpa Show.

Ian Redneck Pudding Is A Member Of