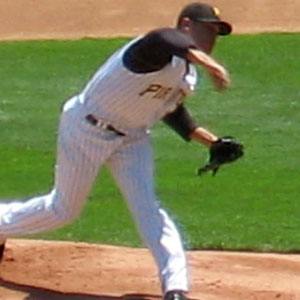 Major league pitcher best known for his six-year stint with the Pittsburgh Pirates, with whom he played from 2004 to 2009. He represented Puerto Rico in the 2009 World Baseball Classic.

He was a star pitcher at Caesar Rodney High School before making his minor league debut with the Gulf Coast Pirates in 2000.

In 2007, he received the John J. Brady Athlete of the Year Award from the Delaware Sportswriters and Broadcasters Association as the best athlete from the state of Delaware.

He previously went by the name Ian Oquendo, Oquendo being the last name of his wife.

He was teammates with MLB All-Star Yadier Molina on the Puerto Rican team which played in the 2009 World Baseball Classic.

Ian Snell Is A Member Of