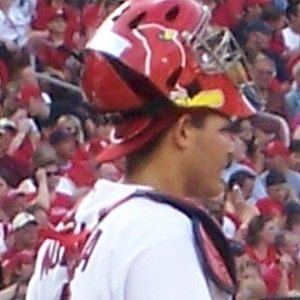 All-Star MLB catcher who helped lead the St. Louis Cardinals to World Series Championships in 2006 and 2011.

He grew up in a baseball family playing baseball in his native Puerto Rico.

He took over catching duties from Mike Matheny in 2004.

He married Wanda Torres in 2007 and he has a son named Yanuell and a daughter named Adrianna. His brothers Bengie and Jose were also MLB catchers.

Yadier Molina Is A Member Of