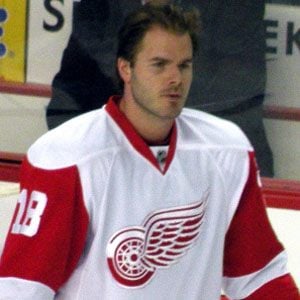 Defenseman who made his NHL debut in 2005 for the Toronto Maple Leafs, then went on to play for the Calgary Flames, Detroit Red Wings, and Carolina Hurricanes.

Before making it to the NHL, he played for the Swift Current Broncos in the Western Hockey League.

He was named the WHL's Most Sportsmanlike Player in 2001-02.

During the NHL lockout in 2012-13, he called NHL commissioner Gary Bettman "an idiot," then later apologized for it.

Ian White Is A Member Of